4 Ways How Creativity Can Be Improved

We often criticize TV show creators, music bands, and other artists when their work becomes repetitive, unoriginal, basically a pale image of what they used to create. It’s as if we tend to forget that creating an original content takes more than just a good mix of talent and persistence. People often get caught in a creative rut, which makes their work difficult, sometimes even leaving the artist completely unable to craft even the tiniest piece of art. Is there a way to get out of this craftsman’s limbo? Well, we did some research and managed to fuse together four pieces of advice that should help anyone boost up or even reinvent their creative performance.

When asked about how he deals with creative issues, famous painter Pablo Picasso said: “Action is the foundational key to success”. If we take the words of the Spanish genius as a lead, it seems that the worst thing one could do while having creative issues is to wait. Other artists also have their own ways to deal with the lack of creativity, so let’s see which ones are the best and why.

Musical instruments are excellent tools to improve one’s creativity. You’d have to work on your finger movement, which by itself, demands a certain dose of creativity in order to play a tune properly. Some of the most creative and successful people in the world, such as Pole Allan, Steve Hayden, Bruce Kovner, Woody Allen, all played an instrument. There are studies and reports that prove this is not just a simple coincidence, meaning that playing a musical instrument can improve your creativity, and make you better at what you do.

There’s probably no game which can help you improve your creativity like chess. The game is full of various combinations and patterns which could boost up your creativity simply because it will make you figure out how to combine all the possible movements of your opponent with your own. There are even studies, conducted by renowned scholars that show the increase in creativity within a test group after the members of the group started playing chess. The study results showed that chess is outperforming most other games and techniques that people use in order to improve their creative skills.

It’s said that Dr. Seuss created “Green Eggs and Ham” after betting that he couldn’t write a story using less than 50 words. These types of restrictions make our brain work harder in order to produce a result, which boosts up our creativity. The science behind this piece of advice is rather simple; people tend to lean on their previous creative efforts, which often lead to repetitive work and put our creativity to sleep. With such “limited resources,” Dr. Seuss had to put his brain into overdrive and find a new way to form a story. If you’re writing a song, try using only certain chords, if you’re writing a short story, use a limited number of words, or even try coming up with a story without ever using one or a couple letters of the alphabet.

Don’t get confused by the big words I’m using, counterfactual thinking is actually a very simple mind-training game which most people already played at least once in their life. It’s a process of creating alternate events, situations, histories, etc. Simply put, it’s a “What if…” game, and it can help you improve your creativity significantly, at least for a short time. This practice allows you to let go of conventional reasoning, setting your mind free to wander and explore new possibilities. As a result, you will be able to think outside the box and adopt new ideas.

It’s not easy to stay on top of your creative form, sometimes it seems as if we’re never going to be as good as we were before. However, with enough effort, proper motivation, and inspiration we can work around any issues which could hold back our creativity. The key is to stay positive and never stop looking for inspiration. 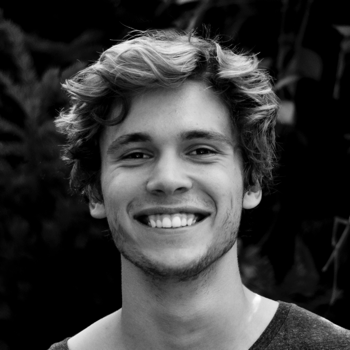 Joe is a professional essay writer who creates compelling textual content for some of the best assignment writing service agencies online. During his career, he wrote hundreds of different essays and other types of textual assignments for high-school students, college graduates, and others who are in need of fast and reliable textual content.