This week we have updated the FacileThings mobile app with a new feature to enhance the GTD Capture stage.

With this new version you can capture images, photos, drawings, voice memos and any type of file you have on your mobile.

In the Capture stage of the app you can see a new icon in the bottom right. Tap it to display all these possibilities: 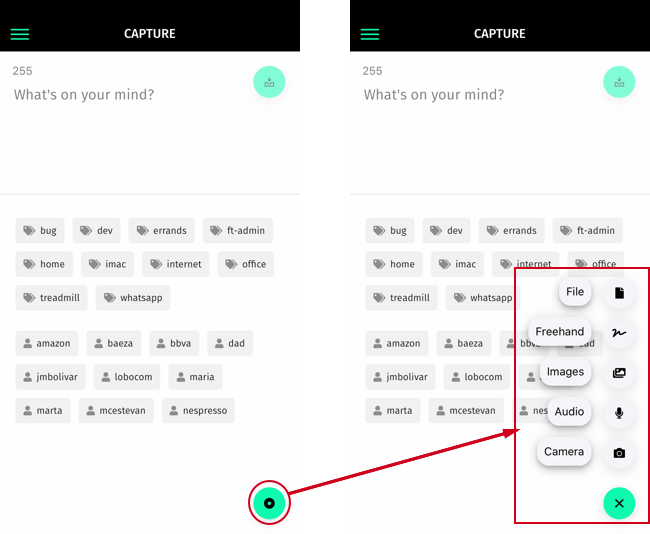 You will see the list of captured files under the text. 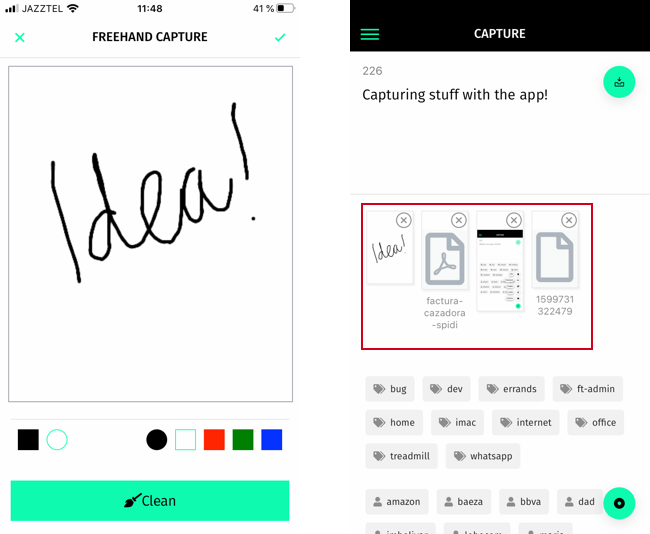 We have adapted the web application so that you can clarify these kind of actions, viewing the image gallery immediately, with the possibility of listening to the audio notes on the same place, without having to download them: 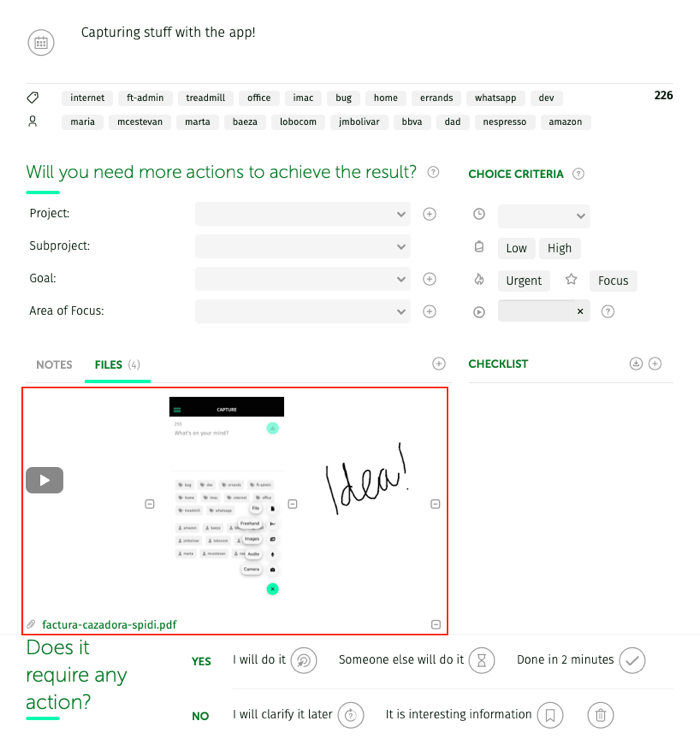 When you are clarifying an action with attachments in the mobile app, you will see an icon indicating it. Tapping on it makes the files appear. And by tapping on any of them you will be able to see/hear their content. 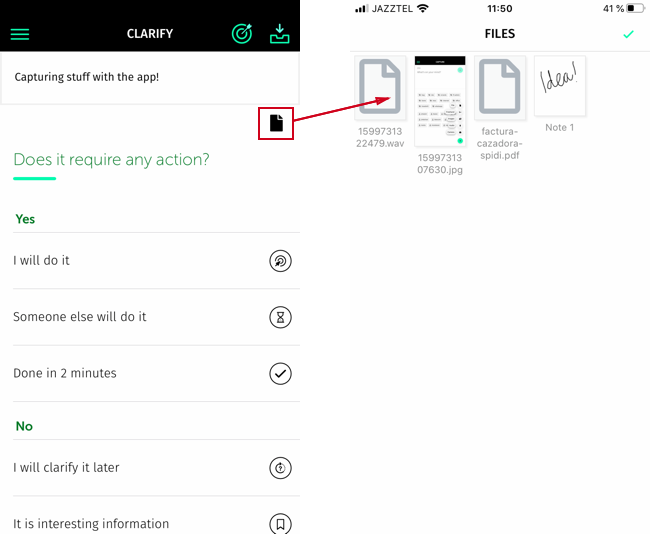 This new version also brings a series of small changes, improvements and fixes. The most relevant is the ability to open Evernote notes with the native Evernote app if you have it installed on your device. If an action has an Evernote note associated with it, you will see a special button to edit it. 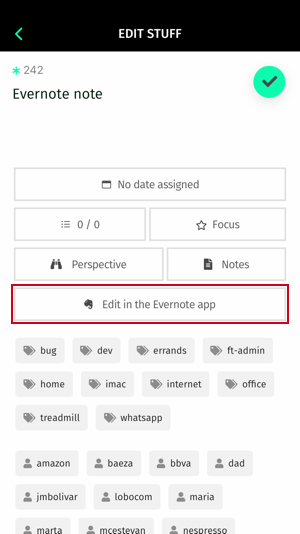 To make the Capture of stuff faster, we have made it the option that appears by default when you have not opened the app for a while. In the Settings option you can change this, if you prefer the app to open in the Engage state.

Francisco is the founder and CEO of FacileThings. He is also a Software Engineer who is passionate about personal productivity and the GTD philosophy as a means to a better life.

Commented about 2 years ago Cyrus

Good improvements to bring the application up to speed. Thank you!

Good improvements to bring the application up to speed. Thank you!

Commented about 2 years ago Cameron

Great enhancements. Any thoughts of a widget or two--to direct capture something?

Great enhancements. Any thoughts of a widget or two--to direct capture something?

Commented about 2 years ago Francisco Sáez

Yes, a widget to direct capture stuff is in our backlog. Being a hybrid app (not Android-native) the solution is not straightforward. But we will investigate.

Yes, a widget to direct capture stuff is in our backlog. Being a hybrid app (not Android-native) the solution is not straightforward. But we will investigate.

Commented about 2 years ago Shaun

I love these new updates, thanks!

I love these new updates, thanks!