5 Procrastination Routines That Stop You from Being the Best

The phenomenon of procrastination is, in simple words, the productivity’s worst enemy. According to Ferrari J.R., Johnson J.L., and McCown W.G. (1995) procrastination research, approximately 20% of the adults from the US are chronic procrastinators.

Another study from 2014 found out that 87% of college students are procrastinating and 45% of them reported that procrastination has negative impacts on their life and grades.

Without a doubt, the phenomenon of procrastination has become a universal problem in the modern world. Even if you don’t consider yourself to be a procrastinator, I bet you can recall a time when you have continuously delayed your tasks.

Now let’s see what procrastination really is. What is really happening in our brains when we procrastinate?

To simply put it into simple words, procrastination is a battle between the prefrontal cortex – which is the voice of reason, and the limbic system – the automatic/unconscious part of the brain (a.k.a. the thing that makes you take away your hand from the fire).

This battle takes place when you encounter a task that you don’t specifically like, and in most of the cases, the limbic system wins and therefore you’ll decide to delay your task for tomorrow or “other time”.

With no more further ado, now that we’re all familiar with the phenomenon of procrastination, in today’s post, we’re presenting you 5 procrastination routines that stop you from gaining maximum results in life.

The perfectionists without a strong will to take action, the ones who get their tasks done shortly before the deadline, are most likely to fall into the procrastination trap. Now, if they do, their routine is specific, especially when they encounter a more challenging task.

The perfectionist will start to feel worried and overwhelmed by his assignment because of his characteristic thinking in perfect detail. Getting the task done will seem an almost impossible mission as he wishes for every detail to be in its perfect place.

The feeling of anxiety will make its presence in no time as the perfectionist sets unrealistic expectations. He will, of course, fail to finish until the deadline.

The dreamer is a different kind of special. When he has to deal with an assignment which doesn’t inspire creativity to him, he’ll most probably start his procrastination cycle.

Despite the perfectionist, he will not worry, he’ll rather spend his time thinking of abstract and pleasant things rather than thinking of the things he must do in real-life.

As the dreamer is used to let his imagination flow by its course, he finds it hard to follow a strict structure or plan.

You see, by having to go through such a rigorous process, he’ll have to stop his mind whenever it flies away. This is a process which will soon become annoying and frustrating as it happens frequently, not no mention that it will kill his enthusiasm.

So, that’s why procrastination strikes in the dreamer’s life. He has to find his sweet escape, to find the loop to go through the strict assignment. Otherwise, he’ll never escape from the procrastination’s trap.

An ignorant can very easily fall into a procrastination routine as many tasks seem irrelevant, unnecessary, and boring.

The ignorant person also puts a great deal of attention on his external image. Therefore, he would rather let others know that what he’s lacking is effort and not skills.

So, you see, the ignorant will procrastinate all day just to avoid doing a boring or unpleasant work. And, sincerely, you can’t really blame him as it can be hard to find the motivation to take action.

Despite the other types of procrastinators, the over-doer spends all day long procrastinating for he has trouble prioritizing his demands. He fails to approximate if attaining all the tasks from his to-do list is truly realistic, so he always overloads his schedule.

And here’s where the procrastination routine begins. Because everything from his to-do list seems equally important. he can’t decide what shall he do first. Finally, he starts procrastinating instead of acting and getting something done.

On the other hand, overscheduling only makes his situation worse. Stress will strike right away, and that’s a factor that will drag him deeper into the procrastination process.

His best escape will be to keep his to-do list as simple as possible, to take action consistently, to have patience, and to remind himself that everything’s temporary.

Last, but not least, the crisis-maker has a strong belief that his best work and results are achieved under pressure. He actually enjoys working under a strict deadline, as otherwise he finds doing it boring.

Therefore, he’ll procrastinate until the last minute just because he loves the adrenaline that comes with working under pressure.

A question for the crisis-maker, “Are you able to reach your full potential given the fact that you give so little time to finish your projects?”

Procrastination is, without a doubt, a real problem. It’s a problem that stays in our way towards success. To truly overcome a challenge, we must first acknowledge, admit, and accept its existence.

If you find yourself in at least one of these 5 routines, you must accept the truth that you’re a procrastinator, and therefore you must have the strong will to change your life.

We both know that it’s about time to cut off all the stress and misery that comes along with procrastination, and finally take action and do what you have to do.

In life, you’ll always encounter tasks which you might not like. However, avoiding them is not the solution. Quite the opposite, avoiding your assignments is actually causing a problem in your life.

So, next time when you find yourself procrastinating, keep in mind that if you let your limbic system win, you’ll only cause a new problem in your life. 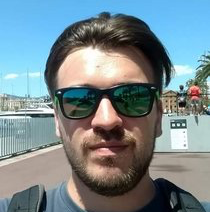 Jack is a human resource manager and a part-time blogger at Top Writing Services. He specializes in productivity and agile project management, but he is no stranger to topics such as psychology and personal development. Jack is a father of three lovely kids and an amateur long-distance runner.

Commented over 4 years ago William Lucas

Nice Blog for What is really happening in our brains when we procrastinate?

Nice Blog for What is really happening in our brains when we procrastinate?