The Psychology of Long-Term Goals: Why You Avoid Your Greatest Desires

People set long-term goals to achieve delayed but highly-beneficial rewards like financial security or improved health. But even though most people are aware of these advantages, many still struggle to achieve them.

A lot of people who do decide to chase after their goals eventually end up abandoning them while others never even start at all. In fact, of the 20 percent of people who set goals for themselves, only 30 percent make it all the way through.

In this article, we look at psychology research within the last century to understand just what it is that prevents people from pursuing success.

It’s less about talent and more about hard work

In 1869, Francis Galton studied important figures in the fields of sports, politics, music, and art to determine what factors contribute to their success and he found that achievement results from a combination of three events: ability, zeal, and hard work.

This was supported by more recent studies, notably those by famous author Angela Duckworth and her colleagues. In these studies, Duckworth, and co-authors Katherine Von Culin and Eli Tsukayama combined zeal and hard work into one personality trait called “grit.”

They established that people who are grittier are more likely to excel in academic, vocational, and avocational areas. And no, it’s not talent that determines whether a person is gritty or not. As a matter of fact, gritty individuals are either just as talented or even less talented than their less gritty peers.

How you approach your goals is even more important

There are two facets that determine a person’s grit: interest and effort. The combination of both dictates how intense you approach a goal. Duckworth memorably defines grit as passion and sustained persistence. towards achievement. Grit guides how you think, act, or feel and tends to stay stable over a period of time unless overruled by a more dominant influence like a shift in personal motives.

While grit influences your attitude towards pursuing a goal (whether you are more likely to procrastinate or finish everything you need to do at the end of the day), it’s an individual’s motivation that determines where you choose to focus that grit.

Your inner motivations dictate what you want or need, what you consider important, what you inherently desire, and what you value in life. Just like grit, this tends to remain constant throughout a person’s lifetime.

This means that while one person’s idea of a happy life is accumulating as much wealth as possible, another person may believe that it’s more important to find deeper meaning in it, even if that means going into poverty.

Borghans, Duckworth, Heckman, and ter Weel believe that “how people behave, think, and feel is determined by what they want” meaning that how gritty you are depends on what you really want, deep inside.

Individual motivation is most manifest in a person’s pursuit for happiness. Seligman (2002) maintains that there are three ways a person approaches happiness:

These can be pursued separately or in combination and people generally differ from each other by which paths they choose. 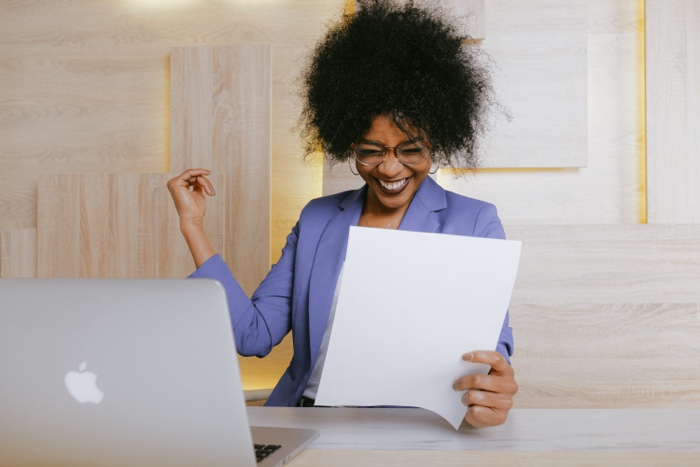 Pleasure is an instinctive human trait (Freud, 1920). It’s normal for people to seek pleasure and avoid unpleasant experiences. For some people, this has become their default approach towards life in general.

Hence why we see people who cheat on their spouses despite knowing that it can wreck their marriage, or people who splurge on unnecessary items even when they know it would ultimately cost them their retirement savings.

Meanwhile, people who think the only way to be happy is to find meaning tend to strive towards goals that help them cultivate virtues and harmony with their “inner spirit,” even if that entails inconvenience and discomfort.

Individuals who choose the route of meaning are often those who pursue goals that allow them to sacrifice their time and effort in order to serve others.

The third approach hinges on engagement, as modeled from Mihaly Csikszentmihalyi’s popular research on Flow or a “state of complete absorption and full mastery in highly challenging, highly skilled activities.”

This applies to people who find happiness in being immersed in their work that they often forget the passage of time.

So how does all these relate to grit?

Individuals who prioritize pleasure in life are least likely to remain faithful to their goals. Despite how passionately they pursue their goals at the beginning, the moment they encounter a challenge or find another activity that piques their interest, they’re out the door.

On the other hand, people whose primary motivations are to find meaning are more likely to stick through the hard part of the process, developing their skills and virtues over time, believing wholeheartedly that they are doing so for a much greater purpose.

Those who are motivated by engagement are most especially inclined to sustain their effort towards long-term goals because only by obtaining high skill proficiency can they satisfy their need for happiness.

These types of people will tirelessly toil through long hours of difficult work to experience flow. 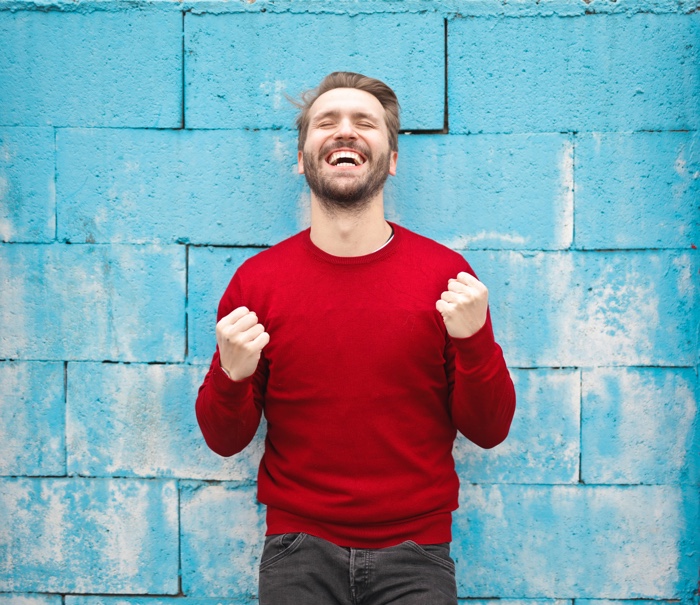 All these offer plausible explanations for why people go after one thing or another. But the discussion is not complete without saying a word or two about experience. Experience is a powerful teacher that can regulate your own motivations and impact how you approach situations.

Let’s say you’ve been raised in a competitive household where so much importance is placed on winning. You might develop into an adult with a competitive spirit but as most kids who were raised in such environments, you might also be acutely aware of the negative consequences of success like jealousy, pressure from your parents and peers, carrying burdensome responsibility, and being exploited by others.

In some people, this can develop into a Fear of Success.

On the other hand, those who have had previous experience of failure and all the negative consequences that come with it like social rejection and shame may come to approach a goal with a Fear of Failure.

While some people see failure as a learning experience, those who have a Fear of Failure sees the actual failure as personally punishing.

Having a fear of failure is damaging to one’s ability to achieve things you consider important. People who have an underlying fear of failing are more likely to set unrealistically high goals so that when they fail, they can say that the goal was impossible anyway and that their failure was not really their fault to begin with. They can also set really low goals so that it’s impossible to fail it entirely.

Another factor that is often tied to both Fear of Failure and Fear of Success is the phenomenon called Imposter Syndrome (IP). People who have IP doubt their own abilities, often attribute their success to factors other than personal ability, and are more likely to dismiss praise as mere flattery.

Fried-Buchalter (1992) found that people who fear failure and those who have IP exhibit what is deep down, a lack of self-confidence. If you don’t really believe in yourself and what you’re capable of, you’re more likely to shy away from your true potential and avoid chasing after your greatest desires.

Passion, hard work, personal motivation, and experience all play a major roles in determining whether you pursue your long-term goals with gusto or shy away from your true potential. But while it may seem that so much of your attitude towards goals is inherent and subconscious, it doesn’t mean that you cannot do something to make your success more likely. 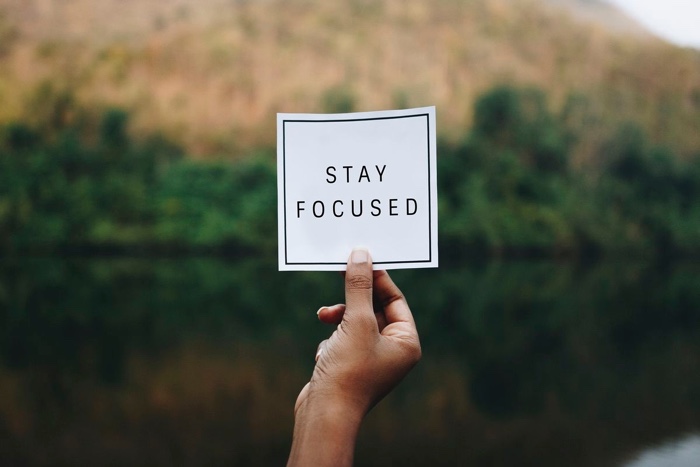 Bonus: How to Stick to Long-Term Goals

According to Woolley and Fishbach (2016), the best way to train yourself to keep working towards long-term goals is to pair the experience with immediate rewards.

A lot of people stop working towards their goals because the process is too painstaking and the end, so seemingly far that the experience feels unbearable.

Immediate rewards work because the results can be felt instantaneously and therefore is more motivational for people who have a knack for short-term gratification.

That is why if your long-term goal is to be healthy, a better course of action is to complement it with equally appealing short-term goals such as eating savory, hearty meals that you will actually enjoy. This way, you will reap the short-term reward (the taste of good food) and because it benefits you consistently, you will also be more motivated to keep at it and stick to your plan.

Another great option is to use technology to your advantage and look for helpful tools to make goal setting more fun. Tools like TaskSpur that lets you manage all your life goals in one place and rewards you for completing tasks or Habitica that gamifies goal setting just like you would in a video game are excellent options for adding an element of excitement to chasing after big goals.

“Self-sabotage is when we say we want something and then go about making sure it doesn’t happen.”

A little bit of self-awareness and a clear understanding of why we do the things we do can go a long way in helping us redirect our actions towards more productive pursuits. 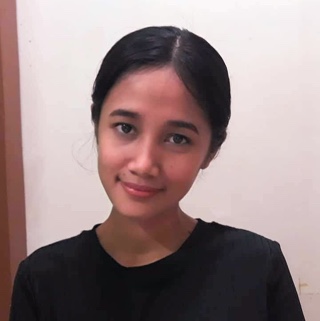 Karen writes about personal productivity, goal setting, and positive habit building at Life Intelligence Group. You can follow her on LinkedIn