The Routines section allows you to define tasks you have to perform regularly. The system will generate, automatically and as often as you have defined, the actions corresponding to each routine.

If you click on the Add Routine button to define a new recurring task, the Routines Editor will appear: 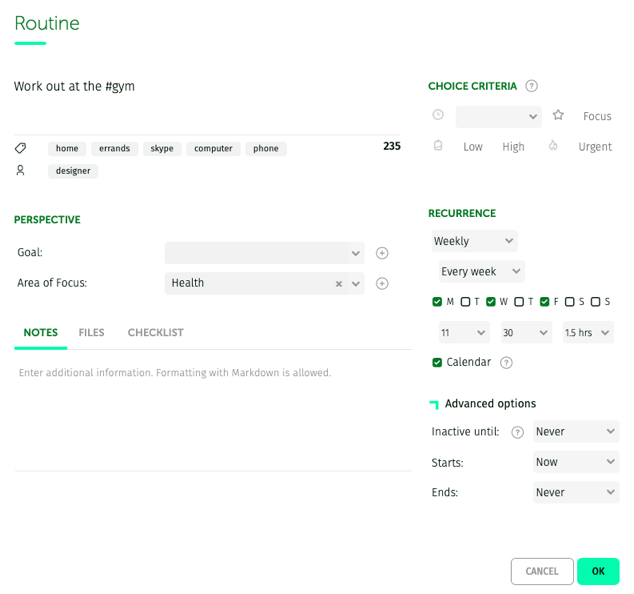 The Routine Editor groups all the necessary information to define a routine in several areas:

When you edit an existing routine and save the changes, the recurring actions will not be generated again, unless you have modified any data within the Recurrence section.

If you only modify data that does not affect the programming of the routine (description, notes, choice criteria, etc.), the current programming will not be updated and the new info will be effective when the next occurrence is generated.

The programming of the routines is done by appropriately configuring the options of the Recurrence section. Four types of frequency can be defined: 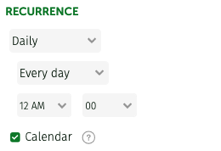 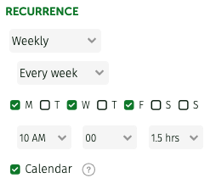 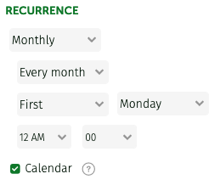 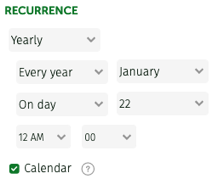 You can indicate that the task must be done at a specific time of the day. By default, 00:00 indicates a task that does not have a specific time, or that takes up the entire day. Also, you can set the duration of the event, which by default is one hour.

If the Calendar option is checked, the actions generated by the routine will go to the Calendar. In this case, the “choice criteria” are deactivated because they do not make sense in actions that belong to the Calendar — following the GTD method, in the Calendar there must be only actions that have to be done on a certain day. No matter how energetic you are or how little free time you have, you’ll have to do them.

If you uncheck the Calendar option, the generated actions will go to the Next Actions list, indicating an expected date (not a deadline). In this case, the time and duration of the event are deactivated since they are not used in that list.

The advanced options allow modifying the way the dates are calculated and how the recurring actions are generated. 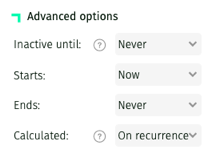 You can turn an existing action into a routine by editing the action and using the window that allows you to assign a date to an action within the Task Editor. If the action you are editing is already a recurring task generated by a routine, then you can update its recurrence right there: 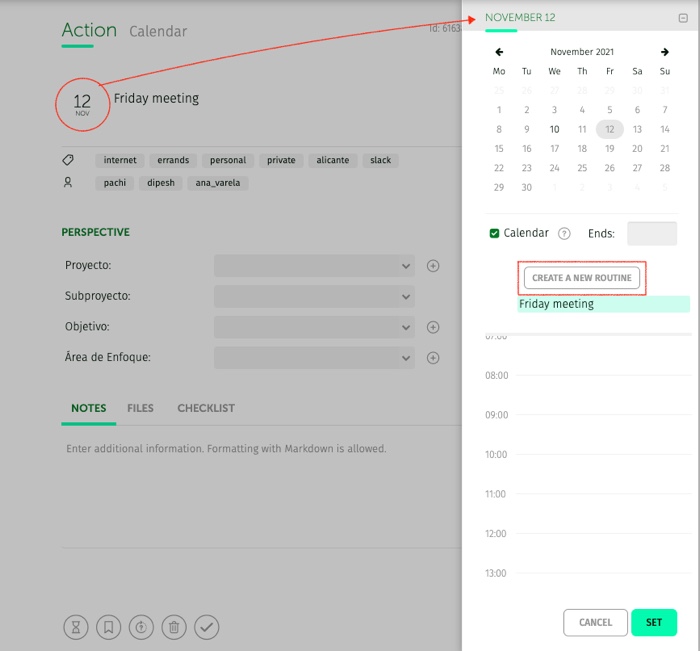 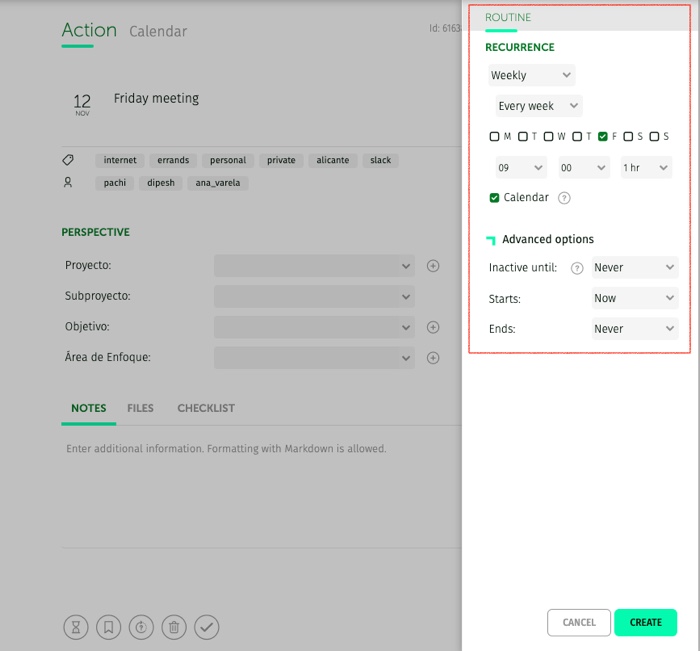 This option allows you to program a recurring event exactly the same way as you would do in the Routine Editor.